Love: It’s Not About Personal Dignity

Last Friday the kids and some friends and I got together up in Idyllwild for a rousing evening of karaoke. I hadn’t done the karaoke thing in about ten years, so I wasn’t sure what my voice was going to sound like, but I was feeling the need to introduce my kids to this great American pastime.

As it turned out, yes my singing voice was a bit rusty, and no that didn’t infringe upon my merrymaking one bit. It was a slow night, so everyone in our group who wanted to got to sing six or seven songs each. Luke got up and belted out “Day-O” with me, and it was horrible and awesome and everyone clapped and cheered at top volume when it was over.

“I’m surprised no one laughed at me because of all the mistakes I made,” Luke confided to me later.

“Oh, baby, that’s the fun of karaoke,” I assured him. “Nobody cares about the mistakes, they just love that you got up and sang.”

Elizabeth declined to join in; somewhere in the past year she has become very self-conscious and unwilling to just be goofy. That makes me sad. It is now one of my goals in life to get Elizabeth hooked on the “screw personal dignity” adrenaline rush of karaoke.

There was no school on Veteran’s Day. Around here November 11th is also the occasion of Gericault’s and Brodie’s birthday, so it’s EXTRA-special for us. Here they are as babies… 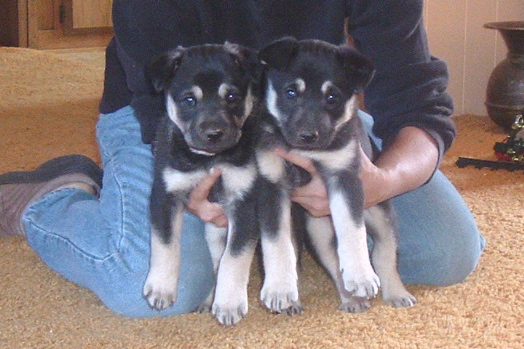 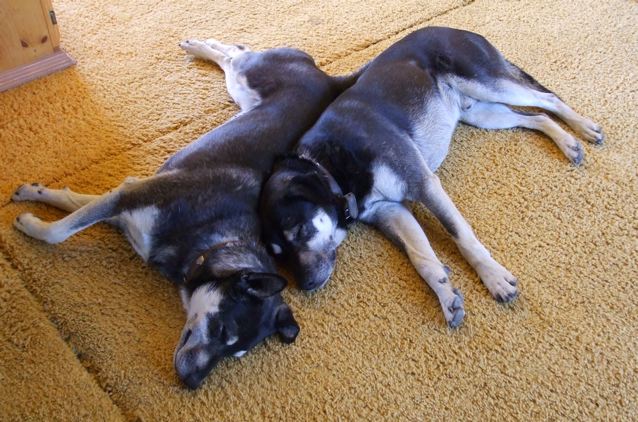 I chose that particular photo because today is Love Thursday and it suits the theme better than all those other photos where they’re literally trying to rip each other’s throats out. Let’s just say that Gericault and Brodie have a sibling rivalry sort of love/hate thing going on.

So there we were on Tuesday, all home from school and overflowing with leisure time, and…we just weren’t having a good day. Elizabeth was cranky in a way that I can only describe as hormonal, and Luke was whiny and complainy, and by 10am I was ready to sell both of them to the gypsies.

But alas, there were no gypsies to be found, so instead I announced that we were Going For A Walk. Originally this was just going to be a stroll around some backroads to clear everyone’s heads, but then we decided to go to a nearby sandwash where there are rocks to climb and a culvert to crawl through. 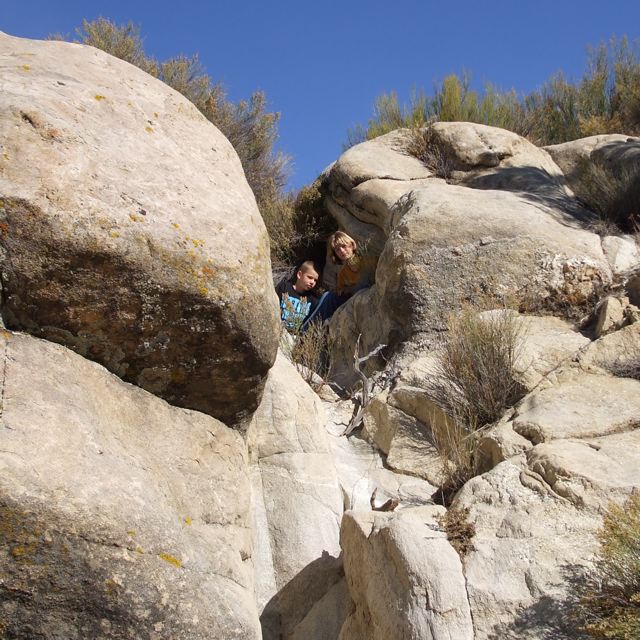 The dogs enjoyed their birthday outing , and climbed rocks with full enthusiasm. 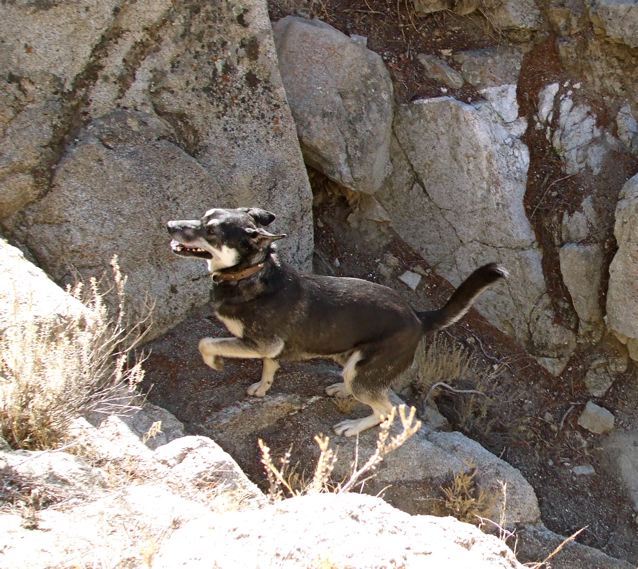 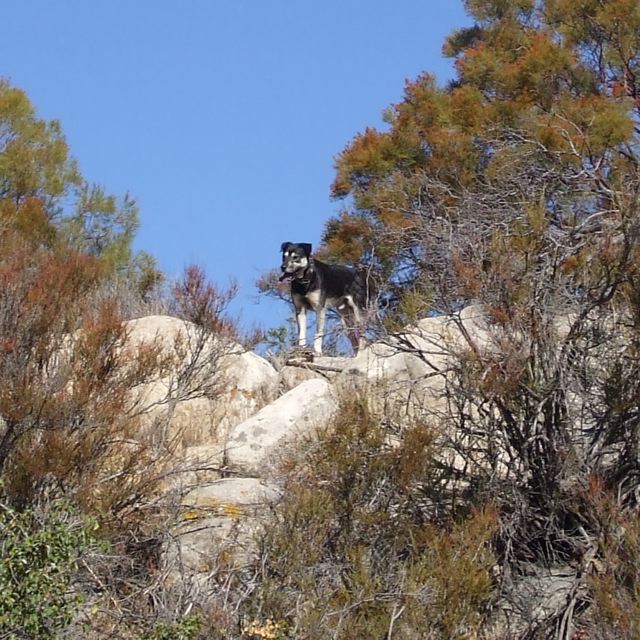 By the time we got home, everyone was in a much better mood.

Which lasted until the next morning, when I discovered that my credit union had pulled a Big Chunk Of Money out of my savings account because Steve is behind on his truck payments.

This is a new savings account that I’d opened after the separation, and only my name is on it. But it’s with the same credit union (although a different branch) as Steve’s truck loan. Which I am listed on as the primary lendee, because I am the one with pristine credit. Because I, you know, PAY MY BILLS ON TIME.

What makes this all the more ridiculous is that the money Steve makes is measured in BUCKETFULS. On a good DAY he can make more than twice the amount he pays in child support per WEEK, and that’s my sole income these days. And he lives with his PARENTS, who FEED HIM and DON’T CHARGE RENT. And which one of us has a (slowly) growing savings account rather than mounting debt? Why, that would be me.

I called Steve and he said that he would repay my money and see about getting my name off of the truck loan. Since the only way to do this is for him to refinance the truck in his own name, we need to do it QUICKLY before he destroys his credit and no longer qualifies. Our CU is very very picky about who they will offer loans to, and I don’t think that’s gotten any less true of late.

I’m trying to think of a way to tie that last part of today’s post into the whole Love Thursday theme, but I don’t think it can be done.

So I’ll close with some good news: the chickens have all been running around loose for a few days now, and so far no fatalities.

AND we had our first frost Sunday night and a really hard frost Monday night, and somehow my bell peppers and tomatoes just shrugged it off…

…and then the weather turned warmish again, so the garden’s probably safe for a while yet. I LOVE tomatoes and bell peppers and lean heavily on them in all my cooking for as long as they last, so I’m very happy about this.

2 thoughts on “Love: It’s Not About Personal Dignity”

This site uses Akismet to reduce spam. Learn how your comment data is processed.